”She shines with an amazing, well-built voice in its entire extent, with a concern for balance and homogeneity that you would think belongs a bygone era...” 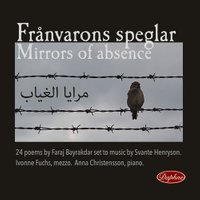 From Bach to Wagner

The German-Swedish mezzo-soprano Ivonne Fuchs first entered the opera stage in 2009 and has since made a name for herself as an internationally acclaimed opera and concert singer, performing on historical ground such as Teatro alla Scala in Milan and Staatsoper Berlin. Ivonne received a large part of her musical education in Stockholm, Sweden, where she also resides today. Read more